The Internet of Things (IoT) is a system of interrelated computing devices, mechanical and digital machines, objects, animals or people that are provided with unique identifiers (UIDs) and the ability to transfer data over a network without requiring human-to-human or human-to-computer interaction.

The definition of the Internet of things has evolved due to the convergence of multiple technologies, real-time analytics, machine learning, commodity sensors, and embedded systems. Traditional fields of embedded systems, wireless sensor networks, control systems, automation (including home and building automation), and others all contribute to enabling the Internet of Things. In the consumer market, IoT technology is most synonymous with products pertaining to the concept of the “smart home”, covering devices and appliances (such as lighting fixtures, thermostats, home security systems and cameras, and other home appliances) that support one or more common ecosystems, and can be controlled via devices associated with that ecosystem, such as smartphones and smart speakers.

In many cases, sensors are useful and very important for the devices in order to fetch the data. The data can be real-time, which includes the current temperature, pressure or humidity. It can also sense the objects and calculate the distance between them. For each purpose, there are sensors available in the market. In this article, we shall discuss various sensors and their applications, which can be used in your DIY IoT projects.

Here is the list of Sensors most commonly used in the IoT devices,

A Temperature Sensor senses and measures the temperature and converts it into an electrical signal. They have a major role in Environment, Agriculture and Industries. For example, these sensors can detect the temperature of the soil, which is more helpful in the production of crops. There are many types of temperature sensors and the commonly used are NTC thermistor, Resistance Temperature Detectors RTDs, Thermocouples and Thermopiles. They are efficient, easy to install and reliable that responds to human activity. The RTDs work on the correlation between the metals and the temperature, as the resistance of the device is directly proportional to the temperature. The widely used DHT 11 is the temperature and humidity sensor, which is the basic, low-cost, digital and capacitive sensor. No analog pins are required for this sensor. You can buy the sensor from Adafruit which has many offers on this.

A proximity sensor is a sensor able to detect the presence of nearby objects without any physical contact. A proximity sensor often emits an electromagnetic field or a beam of electromagnetic radiation and looks for changes in the field or return signal. A most common application of this sensor is used in cars. While you are taking the reverse, it detects the objects or obstacles and you will be alarmed. Also, it is used in retails, museums, parking in airports, malls, etc. Inductive, Capacitive, Photoelectric, and Ultrasonic are the types of proximity sensor. The inductive sensors detect the metal target whereas, the photoelectric and capacitive sensors detect the plastic and organic targets. In smartphones, it senses the user’s face is near the phone during a phone call.  Si114x and Si1102 are typical examples of Proximity sensors used in IoT. 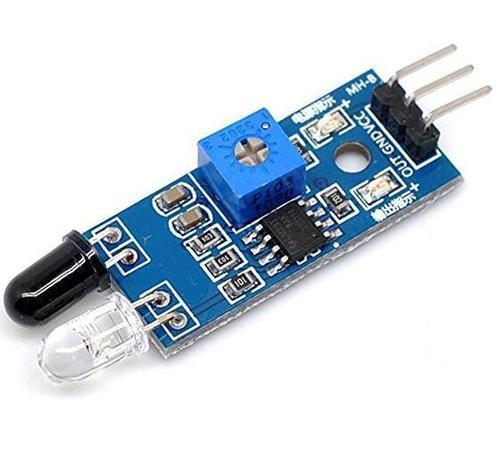 An Infrared Sensor is an electronic device, which senses certain characteristics of its surroundings by emitting Infrared radiation. It has the ability to measure the heat being emitted by an object and also measures the distance. It has been implemented in various applications. It is used in Radiation thermometers depend on the material of the object. IR sensors are also used in Flame monitors and moisture analysis. IR sensors are used in gas analyzers which use absorption characteristics of gases in the IR region. Two types of methods are used to measure the density of gas such as dispersive and nondispersive. IR imaging devices are used for thermal imagers and also for night vision.

The Optical Sensors convert light rays into an electronic signal, it measures a physical quantity of light and transforms into a form which is readable, maybe digital form. It detects the electromagnetic energy and sends the results to the units. It involves no optical fibers. It is a great boon to the cameras on mobile phones. Also, it is used in mining, chemical factories, refineries, etc. LASER and LED are the two different types of light source.  Optical sensors are integral parts of many common devices, including computers, copy machines (Xerox) and light fixtures that turn on automatically in the dark. And some of the common applications include alarm systems, synchro’s for photographic flashes and systems that can detect the presence of objects.

A Gas Sensor or a Gas detector is a device that detects the gas in an area, which is very helpful in safety systems. It usually detects a gas leak in an area, that results are sent to a control system or a microcontroller, that finally shuts down. it can detect combustible, flammable and toxic gases.
There are several different sensors that can be installed to detect hazardous gases in a residence. Carbon monoxide is very dangerous, but odorless, colorless gas, making it difficult for humans to detect. Carbon monoxide detectors can be purchased for around US$20–60.

A smoke sensor detects smoke and its level of attainment. Nowadays, the manufacturers of the sensor implement it with a voice alarm through ALEXA, also notifies in our smartphones. The smoke sensor if of two types, Optical smoke sensor, and the ionization smoke sensor. The optical smoke sensor also called photoelectric smoke alarms works using the light scattering principle. The alarm contains a pulsed Infrared LED which pulses a beam of light into the sensor chamber every 10seconds to check for smoke particles. 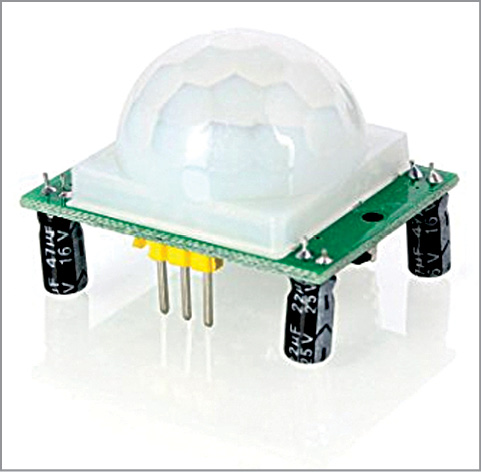 Motion sensors are not only used for security purposes but also in automatic door controls, automatic parking systems, automated sinks, automated toilet flushers, hand dryers, energy management systems, etc. You use these sensors in the IoT and monitor them from your smartphone or computer. HC-SR501 passive infrared (PIR) sensor is a popular motion sensor for hobby projects. 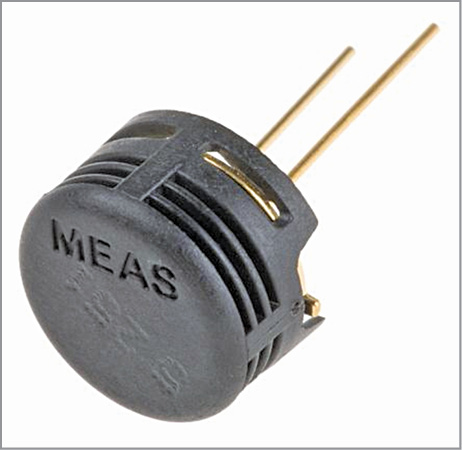 The amount of water vapour in air, or humidity, can affect human comfort as well as many manufacturing processes in industries. So monitoring humidity level is important. Most commonly used units for humidity measurement are relative humidity (RH), dew/frost point (D/F PT) and parts per million (PPM).

These sensors are found in digital cameras, medical imaging systems, night-vision equipment, thermal imaging devices, radars, sonars, media house and biometric systems. In the retail industry, these sensors are used to monitor customers visiting the store through IoT network. In offices and corporate buildings, they are used to monitor employees and various activities through IoT networks.