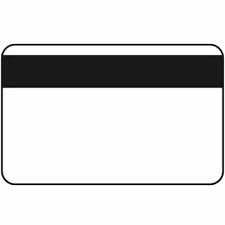 The magnetic strip can hold personal details such as account number and name. The strip can contain up to 60 characters, stored magnetically.

To read the data on the card, it is ‘swiped’ through a Magnetic Stripe Reader machine and the data is read and fed back to the computer.

An example of the reverse side of a typical credit card: Green circle #1 labels the Magnatic stripe.

Cards that are used for banking used to store the PIN as a hash value on the magnetic stripe. Today, the ATM calculates the hash value, and transmits it to the server of the bank, which does the comparison. Storing the PIN in the ATM is no longer allowed.

In many payment cards around the world

The format of the three magnetic tracks in standard identification cards: 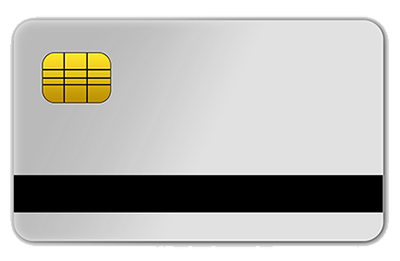 The definition of smart card encoding
Smart cards are the size of standard credit card (3.375″ x 2.125″). Similar to a magnetic stripe card, data is stored within the smart card components. A smart card offers added functionality and can hold up to 100 times more data than a standard magnetic stripe ID card. With an expanded degree of processing capabilities, these cards are also tamper-proof and can be reconfigured to add, erase, or edit the data they host.

Of all the technology card options available, smart cards are the most secure. They are also an optimal choice for accommodating a wide variety of sensitive data types, including:

Smart card categorization
These types of technology cards can be categorized into two different camps:

How to encode smart cards
To encode a contact or contactless smart card, you’ll need an ID card printer with smart card encoding capabilities such as:

When ordering the printer, you’ll need to specify whether you require contact or contactless encoding.

If you have additional questions on how to encode smart cards for both contact and contactless cards contact us.

The reader provides users with the convenience, speed and security for applications such as user authentication to PCs, software, cloud-based applications, networks and web sites.

The OK5422 eliminates the requirement for driver installation and is suitable to be used with standard PC or workstations, as well as with thin and zero clients.